The Government has published the draft legislation for Finance Bill 2019-20, along with accompanying explanatory notes, tax information and impact notes, responses to consultations and other supporting documents. The Bill will contain the legislation for some of the tax measures that were announced by the Government at Autumn Budget 2018 many of which have since been the subject of further consultation.

The publication of the Finance Bill is in line with the approach to tax policy making set out in the Government’s documents 'Tax Policy Making: a new approach', published in 2010, and 'The new Budget timetable and the tax policy making process', published in 2017 whereby the Government committed to publishing most tax legislation in draft for technical consultation before the legislation is laid before Parliament.

These rules are in line with the CILR for carried forward income losses that was introduced in 2017 and the new capital losses rules effectively mirror the income losses rules. Transitional rules will apply to companies with accounting periods that straddle the 1 April 2020 implementation date.

This Finance Bill will see the introduction of a number of measures from April 2020 including:

The extension of off-payroll working rules to the private sector from April 2020. These rules will be similar to those already in effect for the public sector and small firms will be exempt.
The Digital Services Tax which will see major social media, search engine and online retailers subject to a 2% tax on revenues generated from UK users of their services
The Corporate Capital Loss Restriction will mean that companies who accrue chargeable capital gains will only be able to offset up to 50% of those gains using carried-forward capital losses, subject to certain reliefs.

The consultations on the draft legislation will close on 5 September 2019, with measures included in the next Finance Bill. The Finance Bill will become known as Finance Act 2020 after Royal Assent is received. 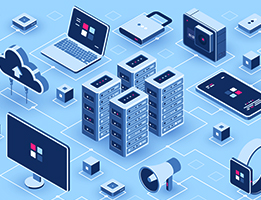 Will you have to repay Child Benefit

Be wary of 60% Income Tax charge

Keep up to date with the latest information by reading our monthly newsletters.

Are you paying more Tax than is necessary?

Thinking of Changing Your Accountant?

Get In Touch with us

Makesworth Accountants are Multi-award Winning Accountancy Practice of Chartered Accountants Tax and business advisers. We are always ahead to embrace the latest technology and up to date information to Help our Clients grow.